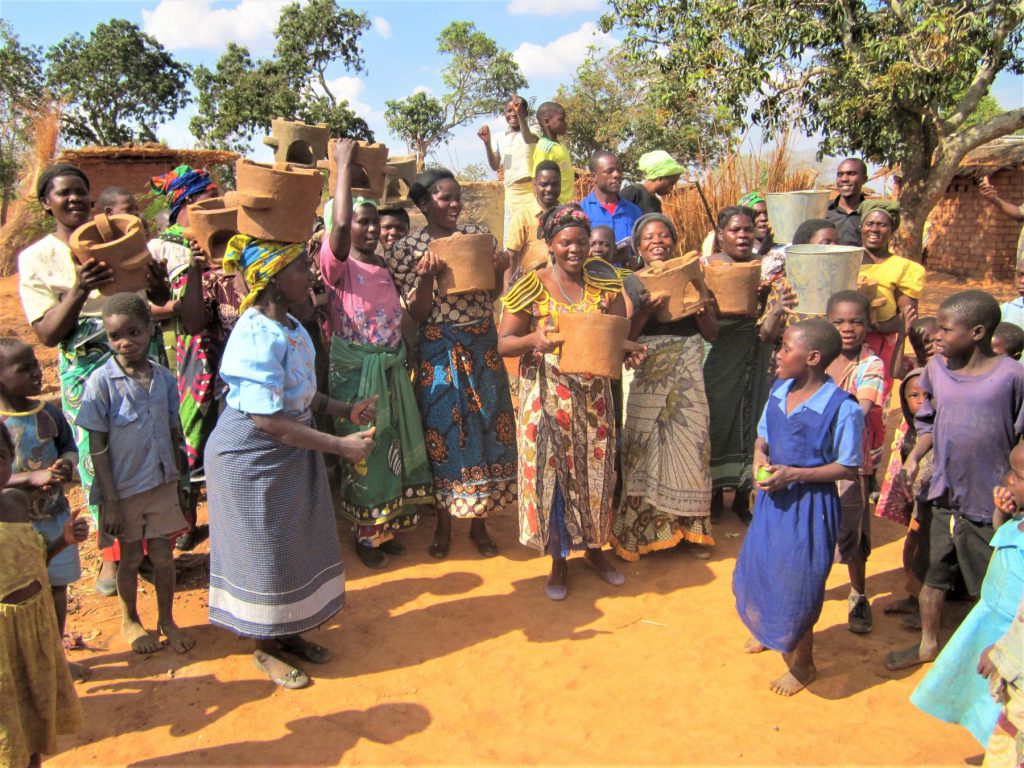 The clean cooking sector in Kenya has enjoyed fiscal incentives which have enabled millions of citizens to access clean cooking technologies and fuels. The introduction of VAT at the rate of 14% in proposed Finance Bill threatens to erode numerous gains that have been made toward the achievement of universal energy access by 2022 and Sustainable Development Goal (SDG) 7 which aims at ensuring access to affordable, reliable, sustainable and modern energy for all.

A study carried out in 2019 by CCAK (Clean Cooking Association of Kenya), showed that 58% of households still use the open fire method of cooking, 70% of households use biomass (firewood and charcoal) for cooking; while 19% of households use LPG. LPG adoption was at 3% a decade ago, zero-rating has made it more affordable to consumers, with the adoption increasing to 28% in 2020.

The global statistics paint a grim picture – nearly three billion people today do not have access to modern cooking products and services, with 4 million people dying annually due to indoor pollution caused by dirty fuels. According to the World Bank, “Despite three decades of efforts, access to clean cooking fuel and technologies has continued to be an issue with severe health, gender, economic, environmental, and climate impacts.” 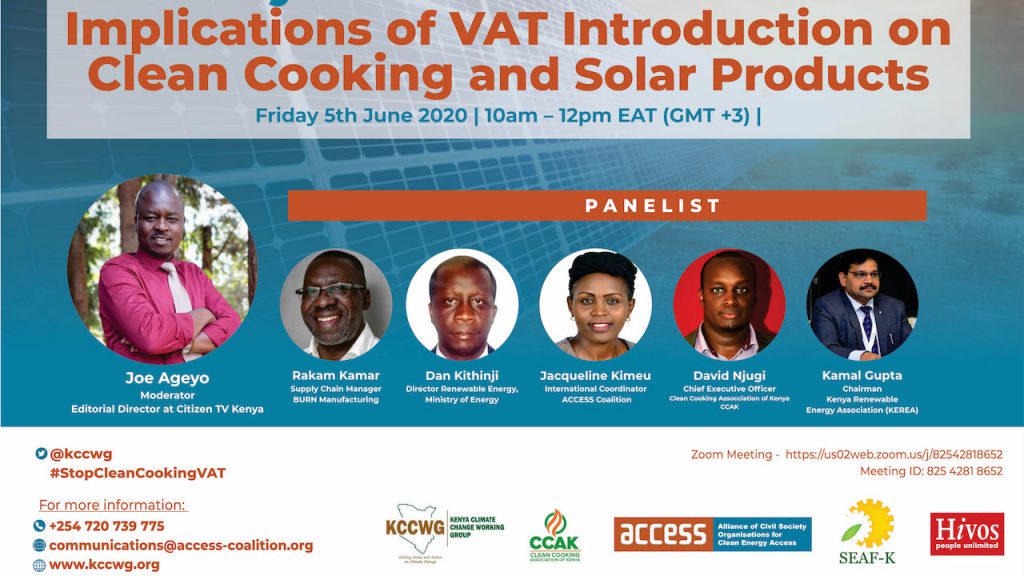 To shed light on the issue and to lobby Parliamentarians to reject the proposed amendment, the ACCESS East African node – Kenya Climate Change Working Group (KCCWG) – convened a webinar that brought together Kenyan stakeholders in the clean cooking sector. These included CSOs, representatives from the private sector, Kenya Ministry of Energy, and the wider public.

During the webinar, ACCESS Coordinator, Jacqueline Kimeu, explained that in Africa, Kenya was a front runner in terms of adoption of renewable energy compared to neighbours such as Tanzania and Uganda, and this was attributed to the current fiscal incentives.  She noted that introducing VAT would not only impact the adoption of clean cooking products but that of solar as well. “The overwhelming majority of off-grid consumers and households who access their energy needs through solar-powered energy solutions come from lower-income, rural communities where VAT exemption on the products has played a critical role in increasing affordability.”

The panelists underscored the implications that would arise out of this amendment including: loss of jobs, the introduction of low-priced counterfeit products from unscrupulous manufacturers, as well as eroding investor confidence in the sector. Not to mention the probability that more Kenyans will resort back to unclean fuels – approximately 70 per cent of households in Kenya still use a type of woodstove as either their primary or secondary fuel, with a greater prevalence of 92 per cent in rural areas.

Update: The Bill is currently being debated and Kenyans are waiting to see what decision the parliamentarians take. The proposed Bill is set to become law by July 1st 2020.

ACCESS is collaborating with Hivos on a project that brings together government and CSOs to share experiences and learnings on how the policy environment is contributing or hampering progress towards achieving Clean Cooking and DRE targets in East, West and South Africa.

To read more on the Ghana workshop, click here.