Energy access in Tanzania: the role of civil society organisations

Energy access in Tanzania: the role of civil society organisations 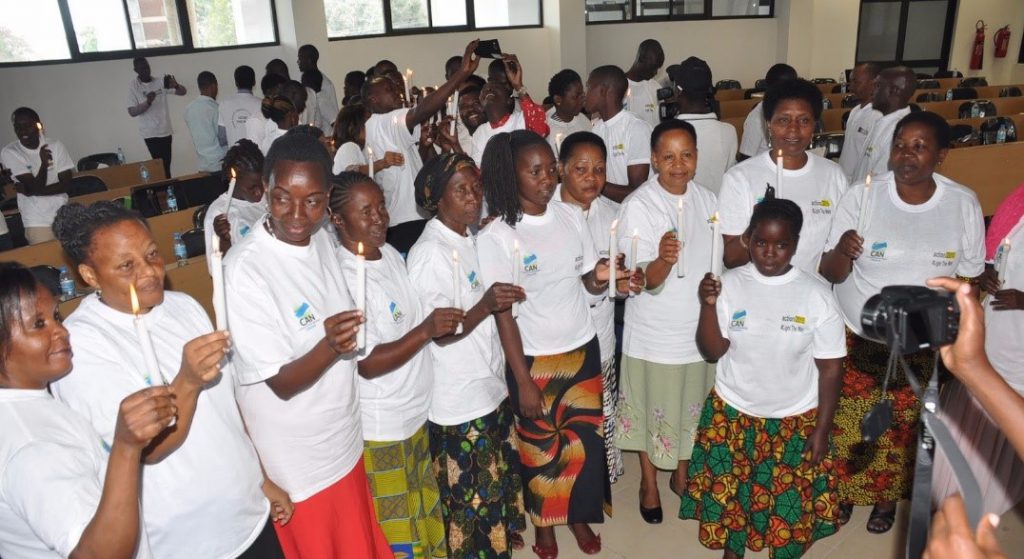 Tanzania, East Africa’s largest country, has a population of above 50 million people. The World Bank reports a relatively stable economic growth of 6%-7% per year, believed to be mainly due to the country’s political stability. In the face of high population growth and limited resources, the main challenge for Tanzania is widespread and persistent poverty, with 67.87% of the population living below $ 2 a day.

This situation is compounded by the low level of electrification. Energy access in Tanzania is approximately 97.3%, urban and 49% in rural areas (REA & NBS, 2016). In turn, lack of access to modern energy services exacerbates rural poverty due to persistent limited production opportunities and social facilities. Recent estimates indicate that 67.3%. of Tanzanian households mostly found in urban area, have access to the national grid, and only 1% are able to use electricity for cooking (REA & NBS, 2016). Consequently, throughout the country, household’s energy use is characterized by a high consumption of traditional energy biomass, such as firewood and charcoal. These fuels are easily accessible, affordable and their extraction is virtually unregulated. However, this has increased deforestation rate.

Traditional biomass accounts for 90% of total primary energy consumption in the country, with electricity representing 1.5% and petroleum products 8%. Based on the common uses of energy particularly cooking and lighting in households, the energy access report by Rural Energy Agency (REA) and the National Bureau of Statistics (NBS) (2016), shows that firewood is still taking lead as the main sources of energy for cooking in Tanzania Mainland, whereas 71% of household use firewood as the source of energy for cooking, 37.0% charcoal, 7.2%, industry / bottled gas and kerosene 5.0%. On the other hand, the use of modern source of energy for cooking (electricity, biogas and solar) is used by less than 1 percent of the households in Tanzania mainland. This implies that sources of energy used for lighting is  kerosene, (22.3%), Candle (3.8%), Electricity (25.5%), firewood (1.0%), solar (8.1%) and rechargeable lamps (45.2%) (REA & NBS, 2016). 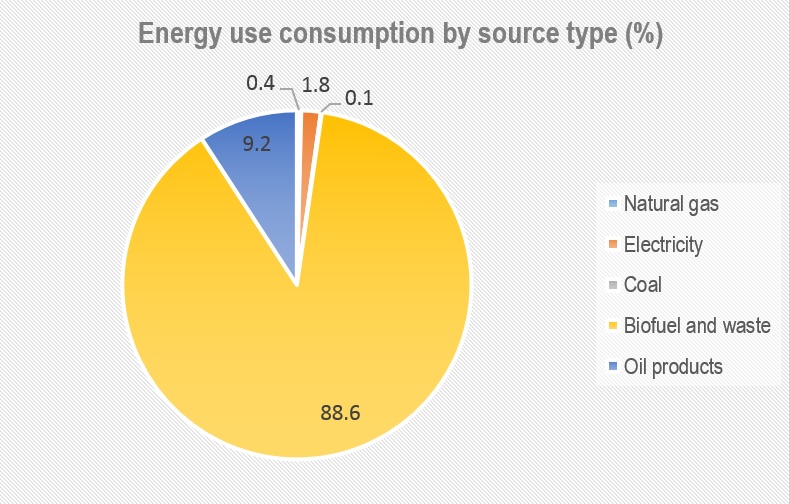 Up to now electricity supply is relatively unreliable, and the price is continuously fluctuating. Reports and field experiences  show that the poor spend about 35% of their household income on energy while the better off spends only 14%. Even those connected to the grid opt for burning cheaper biomass in an attempt to avoid paying high electricity prices. At the same time, Tanzania relies heavily on imported fossil fuels for its electricity, which is associated with an increased burden to the country’s economy and rural communities. This is mainly due to the fact that prices of imported fossil fuels are volatile and have been hindering efforts to rural energy access. Additionally, due to problems with maintenance and supply, the country suffers regular power cuts and high electricity losses (21-23%). All these limit poor and rural communities to access energy, and hinders efforts to uplift themselves from poverty.

How civil society is working together on advocacy for energy access: Advocacy approaches, research, and activities.

Civil Society Organizations (CSOs) in Tanzania are mainly focusing on increasing pro-poor energy access. To support this endeavor there is a necessity for regulations, policies and financial incentives that can enable access to reliable, affordable and sustainable modern energy services. Furthermore, notable investment in capacity building and awareness raising among key stakeholders, policy makers and actors in all sectors, across the entire energy value chain, has been a crucial activity. At present, there is no effective mechanism or legal framework for facilitating energy access for the majority of the population nor for enhancing inter-sectoral coordination among key sectors such as energy, environment, forestry, agriculture, land use, health, and social development.

Given this situation, CSOs have further devoted their efforts to form coalitions and advocate for appropriate and pro-poor production, transmission and consumption of energy especially focusing on its current disharmonized and incoherent management. CSOs are mainly using policy advocacy approaches through bringing different stakeholders on board, particularly policy and decision makers. CSOs have demonstrated efficient use of renewable sources of energy, especially energy saving stoves), for cooking (and solar home systems in homes, clinics and schools. They have trained local communities and supported them with advocacy.  Renewable energy can reach most off-grid communities and those who cannot access energy due to financial constraints, especially the urban poor. There are opportunities for CSOs, especially in the local communities and at ministerial levels. The government has been engaging some of these CSOs in plans and relevant strategies regarding energy access improvement. 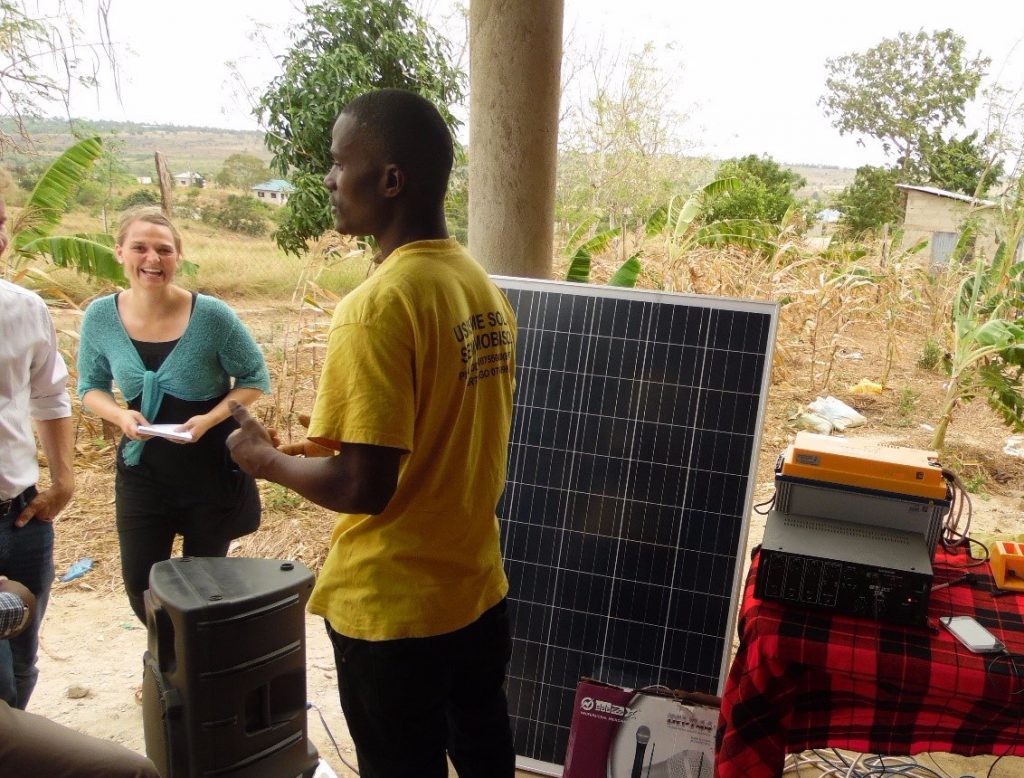 What Climate Action Network Tanzania is doing on energy access

CAN Tanzania, together with relevant stakeholders, is currently developing a 100% Renewable Energy Scenario Study for Tanzania, to effectively cover the full scope of potential for renewable energy in the country. The idea behind this study is to analyze;

CAN Tanzania is striving to ensure that renewable energy is considered as a key resource to enable sustainable development at the local and national level. However, it is important to note that this will require a paradigm shift, that will lead to enhanced actions on both the supply and the demand side in the quest to achieve sustainable energy access for economic growth and poverty reduction. Efforts are underway to ensure that Tanzania’s energy policy is coherent with the Paris Agreement, and reflects the Sustainable Development Goals (SDGs), in particular goals 6 and 7. CAN Tanzania is working hard to address this challenging situation, mainly by enhancing and streamlining stakeholder engagement in national debates and dialogues. The focus is on how to take advantage of the available resources to support a sustainable energy access, starting with local communities in Tanzania. In an attempt to operationalize this idea, we have started with three districts, in which the energy access will not only focus on domestic uses, but also for production purposes. This will further contribute on improved livelihood options and climate resilience building in the sectors of fisheries, crop farming and livestock keeping. The path to 100% renewable energy in Tanzania is complex and challenging, however, embarking on this endeavour could significantly improve the living standard for millions of people, increase their self-sufficiency, and create an example for the world.