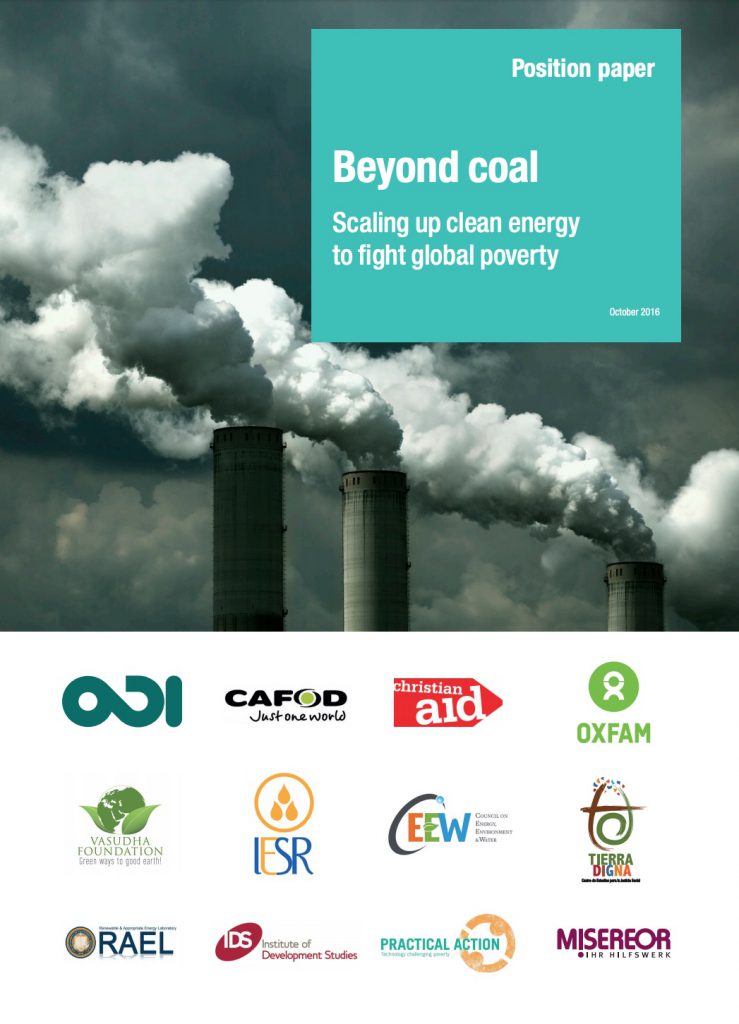 Eradicating global poverty is within reach, but under threat from a changing climate. Left unchecked, climate change will put at risk our ability to lift people out of extreme poverty permanently by 2030, the first target of the Sustainable Development Goals (SDGs).

Coal is the world’s number one source of CO2 emissions. Most historic emissions came from the coal industry in the developed world in the last century, with China joining the biggest emitters at the beginning of this one. It is widely accepted that a rapid and just response to climate change will require the urgent replacement of coal with low-carbon energy sources in rich economies. Now the coal industry claims that expanding coal use is critical to fighting extreme poverty and improving energy access for billions of people in developing countries.

In fact, the opposite is true. The global commitment to eradicate extreme poverty and energy poverty by 2030 does
not require such an expansion and it is incompatible with stabilising the earth’s climate. The evidence is clear: a lasting solution to poverty requires the world’s wealthiest economies to renounce coal, and we can and must end extreme poverty without the precipitous expansion of new coal power in developing ones.